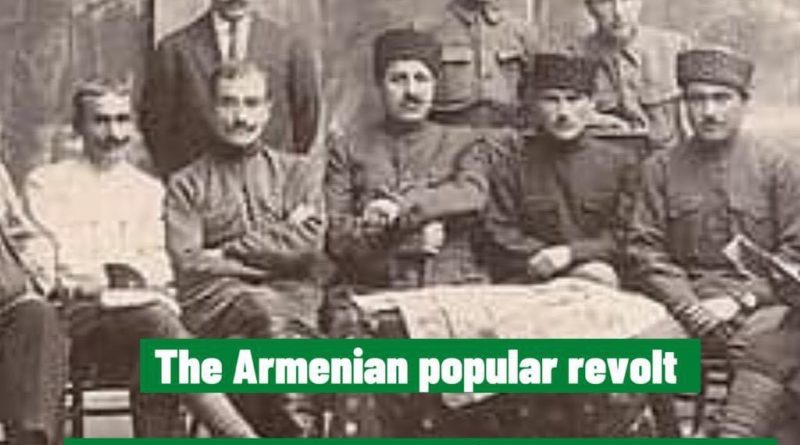 Following Armenia’s invasion by the Turkish (which by the way were armed by the Bolsheviks) and the usual lack of support from major-power states, Armenia’s first Republic (1918-1920) leaders gives up every power to the Bolsheviks on December 2nd of 1920. The support of Soviet Russia is supposed to bring peace and food to a people already exhausted by genocide, war, sickness, and poverty. But, as the transfer of authority was made peacefully, the « Heghkom » (Bolsheviks revolutionary comity) rose to power by the Red Army, bringing a violent and authoritarian political system. Massive arrests by the « Tcheka » (political police), repression, summary executions are the day-to-day life.
The Armenian people, particularly the farmers, refuse to bend to this terrific political system. Shocked by those events, many Armenians refuse to let themself get disarmed under the pretense of Moscow’s protection, despite Vratsian and Dro’s (two figures of Dachnak power from the 1st Republic) calls to comply with the law.
While many Armenian refugees still arrive, fleeing the Turkish army, from Kars, the Armenians poor resources are sent to Russia then facing a civil war. On February 12th, 1921, the Caucasian Soviet Army, invades Georgia. Immediately, the lack of Soviet military presence generate a revolt of the refugees from Sassoun, a revolt that quickly turns into a rebellion spreading across the country in a population exasperated by so much unfairness.
On February 16th, the Armenian revolutionists come to Erevan and on the 18th, they declare the « Salvation Comity of the Nation », a revolutionary government that put to an end the Bolshevik political system. This revolutionary government lasts for two and a half months and on April 2nd, 1921 the Red Army and the Bolshevik policy are back in Erevan.
A new « Heghkom » is created, headed by Miasnikian, a relative of Lenine from whom he follows the commands, who have a more cautious and well-balanced use of power towards the people.
The revolutionists still go on their struggle reaching the South, in the mountains area of Zanguezour, which they proclaim « independent Syunik » on February 25th; then, on April 26th, proclaimed «The Armenian Republic of the Mountains ».
Their resistance lasted for 3 months and the Red Army reach Meghri on July 13rd, 1921, in the South of Armenia. The Armenian resistance forces Soviet Russia to connect the Zanguezour to the Republic.